Sun-Min + David have released millions of self-produced toys... from plush dolls found at the MOMA in New York and your neighborhood toy shop, to special Sofubi Kaiju monsters, all hand made in Japan, and featured at some of the most exclusive store fronts in Tokyo and Seoul.

Since 2001, Sun-Min + David have had the pleasure of working with companies such as Sanrio, Sony, Coca Cola, and Hasbro, and their work has been featured at the Louvre, Tower Records Shibuya, FewMany, Target, the Apple store, Google, and a local small business near you.

With the purchase of any item from this artist you will have the chance to win the following original drawing! 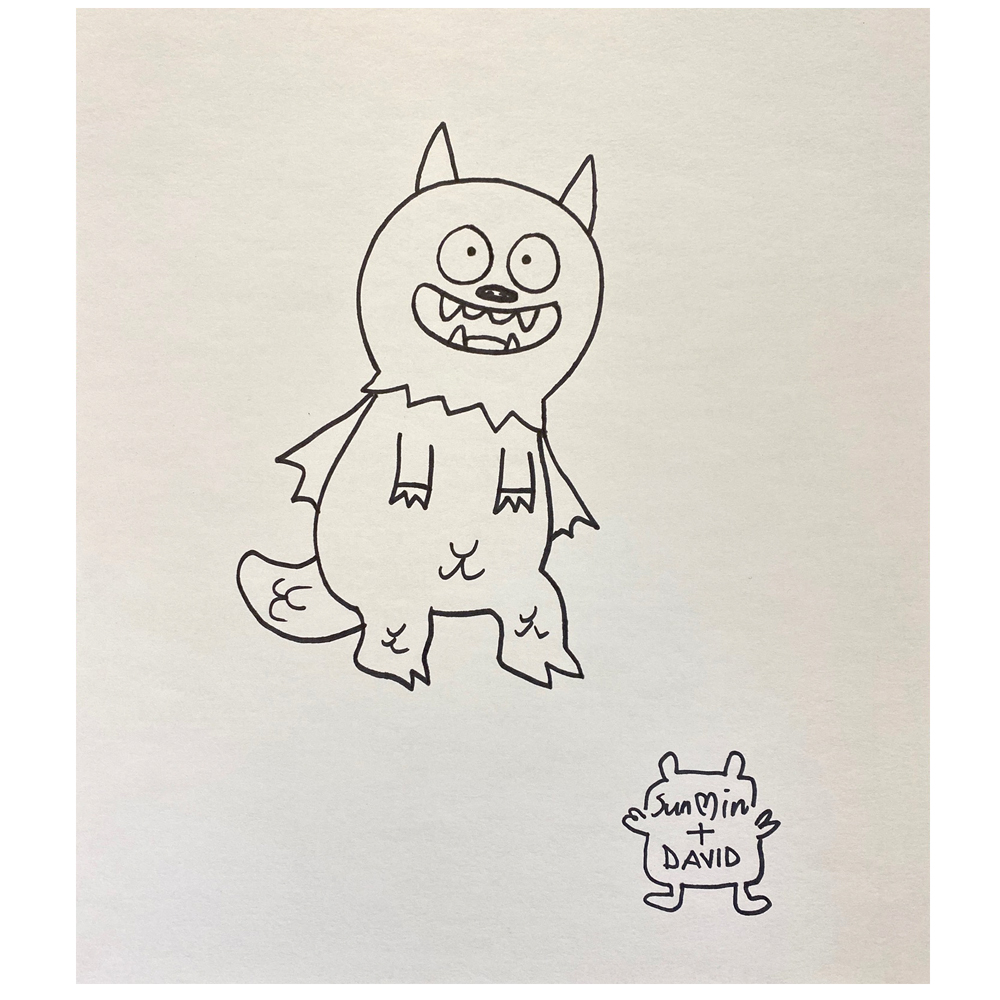